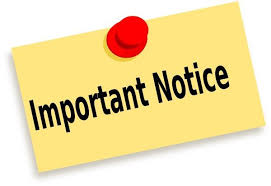 The Ministry of Education and the Catholic Diocese of Auckland are in the process of entering negotiations to establish a Year 7-13 Catholic secondary school in Burt Rd, Drury, to be known as St Ignatius of Loyola Catholic College. The Proprietor of the new school will be the Bishop of Auckland, Bishop Patrick Dunn.

It is proposed that the school would open in 2023 with Years 7, 8 and 9 students and then grow all year levels progressively until 2028. The school would provide Catholic secondary education for young people in the Takanini, Papakura and Franklin Counties areas.

The application for this new school is supported by the following points:

As the proposed new school will be starting at Year 7, the Proprietor proposes to decapitate three existing Year 1-8 Catholic primary schools which will feed into the proposed secondary school at Year 7, and make them Years 1-6 schools. Holy Trinity Catholic Primary School is one of these schools. This would mean that with the proposed opening of the new school being 2023, Holy Trinity would cease to have Year 7 and 8 students from the end of the 2022 school year.

At this stage this is all the information we have to hand, but we will keep our community well informed regarding the development of the proposed school.

The Board of Trustees is required to consult with our community regarding the establishment of this Catholic secondary school in Drury. Please go to the following link to complete the survey and forward your response back to school by next Friday 22 November  – Survey Link

The Board of Trustees will then provide feedback from the survey to the Ministry of Education and the Catholic Diocese of Auckland. We look forward to your response.

Philip Cortesi
Chairperson
Board of Trustees.

About the Author: Peta Lindstrom

Before and After School Care